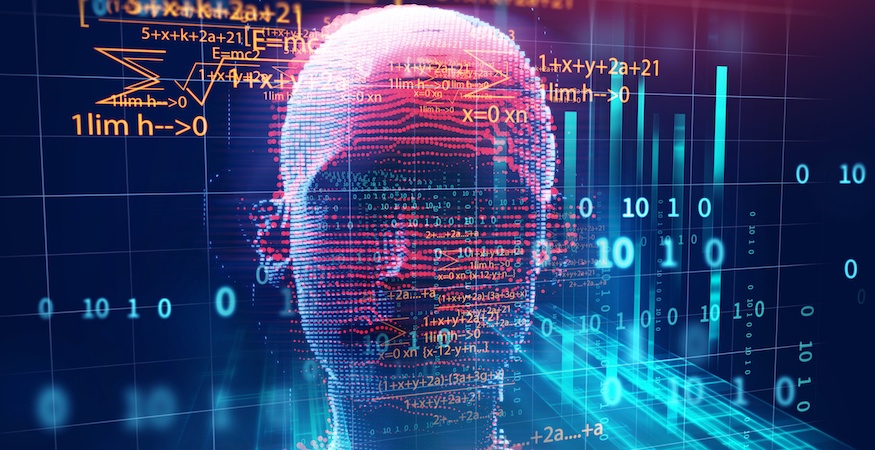 Hey, You! Find My Document — The Power of Voice-Assist Technology

In my last blog post, I made reference to a library card catalog, which not only ages me, but is probably a reference some people today might not get. Depending on your age, your first research project began in one of several ways — riffling through index cards, typing into a search engine like AltaVista, Ask Jeeves or Google, or tapping a search into a smartphone.

Soon, however, almost every research project will invariably begin by speaking into a device. As of last year, nearly half of American adults used a voice-activated digital assistant to get information and, by 2021, analysts project there will be 7.5 billion such devices. To put that in perspective, that’s more than the number of people on Earth. [1]

In just ten years, the interface for basic research has gone from PCs to laptops, to tablets and phones, to voice-activated consumer devices. Websites are still a vital part of the information delivery framework, but voice-activated research is quickly becoming the de facto standard. I’m convinced that voice activation is the most efficient method for search, and it helps organizations better serve customers with disabilities and comply with legal frameworks such as the Americans with Disabilities Act (ADA).

We at the Gordon Flesch Company (GFC) have partnered with IBM and its Watson platform to deliver voice-control capabilities to businesses of all sizes. GFC partnered with IBM because Watson is not just a search tool; it is a cognitive system. What do I mean by that? Watson is a system that is not simply programmed; it is trained to learn based on interactions and outcomes. It is a system that rivals a human’s ability to answer questions posed in natural language with speed, accuracy and confidence.

Nearly everyone knows that Watson beat human champion Ken Jennings on the Jeopardy! quiz show. However, not many people remember that it took multiple tries to win the competition. Back in 2010, Watson responded to the Final Jeopardy! category, “U.S. Cities,” with the answer, “What is Toronto?” Not only did Watson fail to get the right answer, but it failed to recognize that it was looking in the wrong country.

Given the same question today, Watson would not make the same mistake. The next time Watson appeared on the show, the machine was able to parse language better than an English professor. It correctly answered “A recent best seller by Muriel Barbery is called ‘This of the Hedgehog,’” with “What is Elegance?”

It even showed its faculties with a medical diagnosis. With the answer, “You just need a nap. You don’t have this sleep disorder that can make sufferers nod off while standing up,” Watson replied, “What is narcolepsy?”

The coup de grâce came with the answer, “William Wilkenson’s ‘An Account of the Principalities of Wallachia and Moldavia’ inspired this author’s most famous novel.” His human opponent, Ken Jennings got the right answer as well (Bram Stoker), but realized that he could not catch up with Watson’s winnings and wrote out his surrender, adding, “I for one, welcome our new computer overlords.”

What Watson proved is that computers are no longer limited to responding to simple commands. Finding the answer you need is not dependent on writing the perfect search string. With artificial intelligence, computers can pick apart jargon, nuance and even riddles to determine the intent of the query. Most importantly, Watson learns and understands what its human interrogators want as it answers more and more questions.

Everyone is Now an Expert

We believe that a search technology should not demand intervention by business intelligence experts with a PhD or in-house subject matter experts (SMEs) to continually maintain and update a knowledge base. For example, in early 2017, IBM produced an application that allows sales and technical personnel to speak questions directly to the Watson-based interface about IBM’s complex server offerings. Watson returns the best answers it can determine, provides a list of other related resources, and allows the user to forward the specific reference document via email or text message.

We at GFC have been working on an application that builds on that basic model but accesses a given corpus of documents and delivers inquiry capabilities directly to the user via mobile app or website search function. With the use of Natural Language Processing (NLP), a user can simply ask a question in plain English and receive a rated answer, along with an analysis of the results and supporting documents.

The Promise of NLP

A number of ECM vendors promised to bring artificial intelligence, machine learning and cognitive learning systems to their platforms. However, none of these systems have the depth of research behind them as is found in Watson, and all of them are limited to searching documents found within their own ecosystems. Other organizations employ business intelligence and visualization tools, perhaps even with a built-in cognitive component. However, these are usually specialized tools, and day-to-day users have neither the access nor capabilities to use them.

We believe that GFC’s new application will be the first and only cognitive system that is platform agnostic and is accessible to all users, regardless of sophistication. Simply speak to the application and it will try to understand what you want. Each query trains the system to become smarter, thus more responsive and aware of idiomatic and language differences in query construction. In short, the system gets smarter and more powerful with each use. And, thanks to decades of research into processing natural language, anybody can speak a simple query and unleash the dark data and otherwise inaccessible information within the document system.

[1] Digital assistants will outnumber us all by 2021, Cnet https://www.cnet.com/news/digital-assistants-to-surpass-global-population-by-2021

Previous Story
← Cognitive Computing: The Power of AI in Content Management
Next Story
Who, Or What Is Gordy? →

What is ECM? The Benefits of Enterprise Content Management