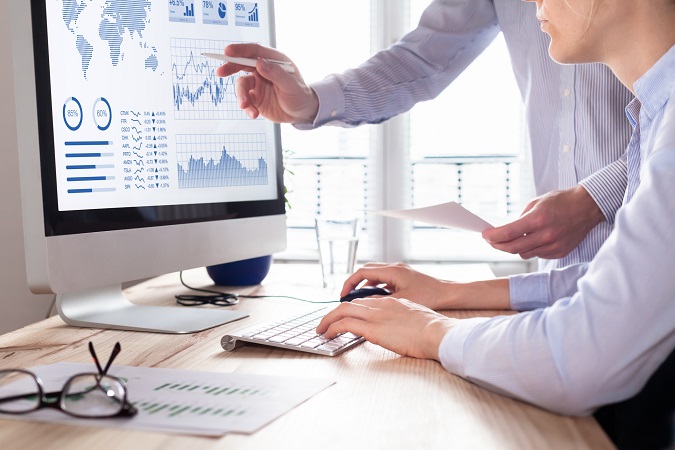 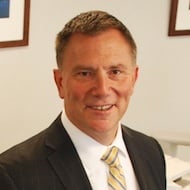 Selling and leasing printers is what we do. But what’s surprising to many people is that we generally want offices, schools and businesses to print less (and spend less). In fact, that’s the whole idea behind our Managed Print Service (MPS).

The first thing that often happens when we take on the management of a printer fleet is reduce the number of machines our customers operate. This is true for large and small businesses. For example, when we started working with the Racine Unified School District in 2012, the schools had 109 multifunction printers (MFP) and 2,100 single-function printers across 32 schools. Over the course of several years, we replaced all the machines with just 286 new MFP devices.

However, replacing old, single-function machines with modern MFP machines is just one part of the process. Over the years, we’ve discovered all kinds of interesting, subtle and even surprising ways that Managed Print Services and software can save companies time and money. Here are four stories about the more unexpected ways that MPS can benefit organizations.

Cardinal Stritch University is a private Roman Catholic university in Milwaukee, Wisconsin with more than 2,000 students. When Alex Pezewski, Senior Director of User Support Services, took over management of the printer fleet, he wanted to lower his costs, reduce waste and encourage the staff and students to print less. First, Gordon Flesch Company began a phased deployment to consolidate over 120 MFPs and 200 individual printers down to 57 MFPs and 40 single-function devices.

But the phased replacement of machines was only a small part of how the school reengineered its fleet. Gordon Flesch consultants helped manage the fleet better with its imageCARETM solution to help students and faculty print less. “We’ve been working not just to right-size our fleet, but to try to change the culture to a mindset that emphasizes printing only pages you need,” says Pezewski.

In addition to rightsizing the university’s printer fleet, Gordon Flesch was able to put new controls in place to help lower printing costs. For example, the school already used PaperCut software to manage its print fleet, but the previous vendor wasn’t able to use advanced print management features, or even include Mac users.

And, thanks to Gordon Flesch Company’s just-in-time delivery, the university is using 20% less toner and supplies. “The machines are better, the color is sharper, and the staff says that it’s just so much easier to do their jobs,” says Pezewski. “From my perspective, there is so much less waste and we’ve been able to cut consumption and be much more efficient."

Catholic Financial Life is a Milwaukee, Wisconsin-based insurance company. By adopting MPS, the company shrunk its printer fleet and lowered the cost of ownership. They also discovered some unexpected benefits as well. “For one thing, we essentially eliminated the storage space taken up by toner as Gordon Flesch has drawn down the inventory and instituted true just-in-time delivery.”

Mike Attewell, Director of Information Technology at Catholic Financial also says the company practically eliminated the need for support staff to handle print-related tasks. Overhead is lowered, billing is consolidated, and the support available via the Gordon Flesch Company online portal has simplified his job considerably. In addition, standardizing on Canon machines has made it easier for staff to get their jobs done. “We have fewer printers to support and the ones we have are newer Canon machines that all have the same look and feel, which means it’s easier for people to use,” he says.

When John Meyer became Director of IT for Wisconsin Lutheran College there was no print management solution in place, so some print jobs were sent multiple times, piling up on printers and leading to waste and frustrated users. He wanted a solution to provide print and copy services to students, track and manage usage, and recover the costs as part of each student’s tuition.

The Warrior OneCard is Wisconsin Lutheran College’s official photo identification card. It has a magnetic strip so students can access buildings, pay for meals on campus, and work out in the recreation complex. The Gordon Flesch team was able to integrate the uniFLOW Managed Print software, the OneCard, and the campus Microsoft Active Directory. Suddenly, all printing and scanning functions were integrated with every student’s personal account.

Meyer says the swipe-to-release function cut paper usage in half almost immediately. “Suddenly, we didn’t have backed up printers, there were no lines of people waiting, and we saw an immediate, huge savings.” he says.

In addition, having incorporated their fleet of single-function printers into a Managed Print environment, all devices were combined under one program for service, supplies and costs. And, with the scan-to-PDF function, students can keep digital copies of materials instead of printing. “Having one, centralized Managed Print solution not only means our students have better service, but it also means our machines are up-to-date and downtime is minimized.”

This one might seem difficult to believe, but thanks to analytics and tracking software, a MPS solution was able to defuse a bomb threat. After going home from work one day, Darian Kovach, Technology Manager for the Licking Heights School District, got a call that someone printed a bomb threat at one of the buildings. As one of only two IT support staff for 4,600 end users — students and staff — Kovach had to respond, and quickly.

Darian returned to the school and found that someone using a school computer typed the words, “I planted a bomb” into a search engine and then printed the page. With police officers on the scene, Kovach was able to use the school’s Managed Print solution to check the logs and identify the individual who printed the page within minutes. "Initially, we got the software to lower our costs and manage the printer fleet with our tiny staff. It’s worked out great in that sense, but it also turned out to be a useful tool in an emergency."

Blanchard Valley Health Services (BVHS) recently added 70 devices to GFC’s imageCARETM program, which delivers an additional 50% cost savings with new, monthly savings of $900. Perhaps just as importantly, the service helps ensure that the company can limit its exposure to fraud.

According to the FTC, “toner pirates,” are a common type of scam artist that steals millions of dollars annually by tricking organizations into paying inflated rates for toner and printer supplies. Recently, Amos Cramer, BVHS’s Information Services Director received an invoice for toner cartridges from an IT services company. But since BVHS’s entire printer fleet is managed by Gordon Flesch Company, he knew that the fake invoice was an attempted fraud. “One great thing about having our Managed Print Service is that it eliminates the possibility that we will get hit by a toner scheme or false invoices…even if we get an invoice that looks genuine, I know without checking that it’s not legitimate,” says Cramer.

These Stories on Managed Print

The Top Three Considerations When Shopping for Printers and Copiers