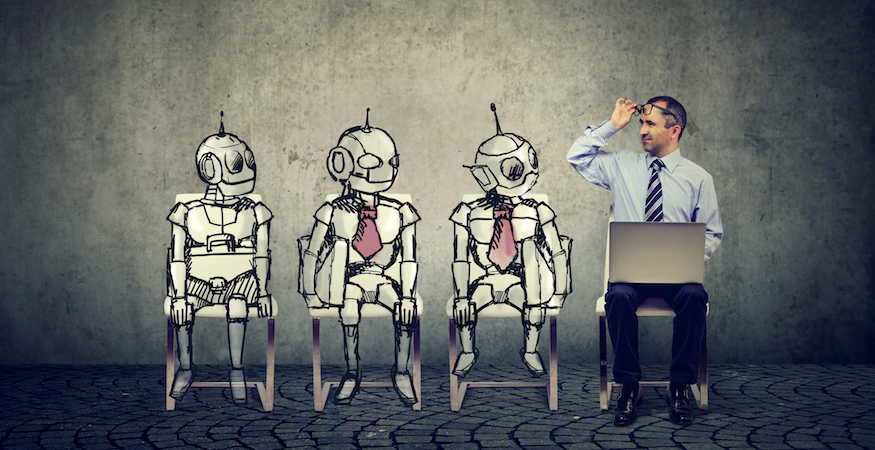 Why Robots Will NOT Be Taking Your Job

The United States was founded by farmers. George Washington, John Adams, Thomas Jefferson and James Madison were all farmers and they imagined their new nation would be an agrarian superpower.

As recently as 1900, 40% of all Americans lived and worked on farms. Today, that number is less than 2%. If you were to tell Thomas Jefferson that the number of agricultural jobs would have experienced this type of collapse, he would probably have been terrified for the future of his country.

Of course, the loss of agricultural jobs has not ruined the country or impaired our ability to feed ourselves. Instead, an astonishing increase in productivity and efficiency has allowed millions of Americans to leave the land and pursue all sorts of careers.

The world is now facing an incredible increase in productivity and efficiency as artificial intelligence (AI) is poised to take over all sorts of human tasks. A study by Carl Frey and Michael Osborne attracted a lot of attention by claiming that 47% of jobs will be at least partially automated in coming years. Should we be afraid or hopeful for a future of robots and AI?

The Future is Autonomous

There is a real concern that many jobs, such as truck drivers, line cooks and factory workers may disappear and be replaced by autonomous technology. Not only are manual jobs sometimes taken over by AI, but some functions of lawyers, journalists and doctors are being automated as well. It’s not unreasonable to suspect that you may lose your job to a robot sometime in the next 40 years.

However, we at Gordon Flesch Company believe that machines don’t make humans less necessary, but actually increase the importance of human creativity, expertise and judgement. If you weren’t aware, Gordon Flesch Company’s history highlights the very definition of an old-school, family owned, independent technology company. But we have invested heavily in AI and automation technology, and we believe that AI and automation will make your job better, not obsolete.

For example, in the legal industry, document review used to be a task performed by armies of young, low-paid contract review attorneys. When large-scale litigation happened, these attorneys would gather in a large conference room or even a sweltering warehouse and read through boxes and boxes full of documents. However, as the volume of digital records exploded, it became impossible for human reviewers to read all the documents that are discoverable for modern litigation.

The answer was to use machine learning technology to review the millions of emails, messages, text and records that are reviewable in litigation and to spot keywords related to the matter. These machines are even intelligent enough to learn as they go and spot potentially relevant documents. While law firms may not need as many lawyers to review documents, they need more highly trained experts who can do things like identify and protect products, identify sources of data and custodians of that information and, of course, find the smoking gun emails that make their case. There is no machine that does these things.

For many jobs, like human resources, accounting, accounts receivable or shipping and receiving, there are countless hours of dull, data entry and routine tasks that need to be done every day. However, we believe that technology like robotic process automation (RPA) and content management can use specialized computer programs to automate and standardize these types of repeatable business processes. Sound futuristic? All it means is that the application tracks and learns how to perform tasks by watching how humans work and improving over time.

RPA is just one form of AI that any organization can use to improve decision making and optimize its business processes by applying techniques. Machine learning (ML), Predictive Analysis (PA) and Data Visualization can all be employed to do your work. According to some estimates, 47% of tasks and job functions will be automated, and AI could boost worldwide employment by as much as 10% in the next couple years.

Automation will have a profound effect on the way we work and the type of work we do. Think of AI as the 21st century equivalent of the ATM. In the 1980s, bank tellers were being replaced by Automatic Teller Machines and the number of tellers per branch fell by about one third. However, the number of branches increased by about 40% because branches were cheaper to open. The net result was more branches and more tellers. Tellers were doing less cash handling and doing more cognitively demanding work, like loans, investments and more relationship-building with customers.

Many jobs are defined by boring, routine tasks your company has to get done, and some of those positions may become obsolete. But we’re not trying to put anyone out of a job; we’re trying to make those jobs more productive and more cognitively interesting. The challenge is to adapt and find new ways to do the same work hand-in-hand with AI or a robot. Want to learn more? Visit the AskGordy website or download our free white paper below that explains it all.

These Stories on General Business Technology

3 Tips for Using an Interactive Whiteboard in the Classroom

What Does it Cost to Use Temperature Screening Technology?