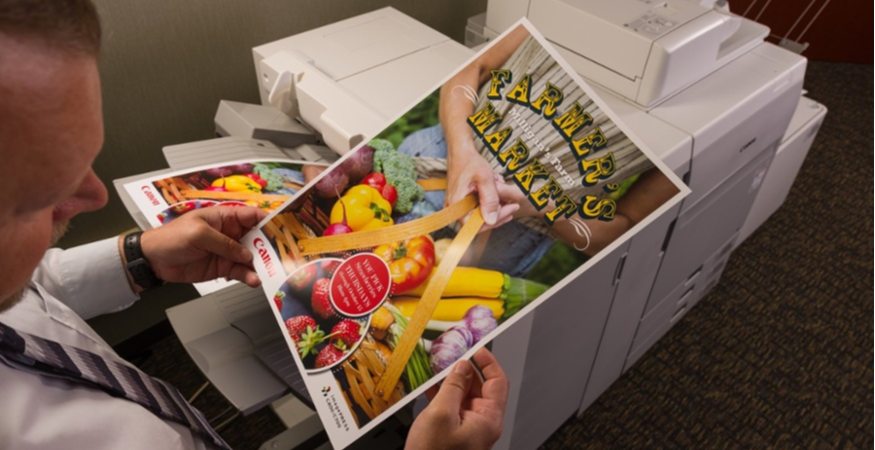 Multifunction Printers vs. Standard Copiers: What are the Key Differences?

Are you seeing the signs that it’s time to replace your copier? Not sure if you should stick with a copier or maybe move up to the functionality of a multifunction printer instead?

Absolutely! While both the standard office copier and multifunction printer are staples of daily office life, the terms to describe each device are not interchangeable. Sure, both are available as part of a Managed Print program, they can produce paper copies quickly, and each requires toner. But that’s where the similarities end. So, what are the differences between a copier vs. multifunction printer? There are probably more than you expected.

While a standard, standalone copier can do one thing (make copies), a multifunction printer  — sometimes referred to as an MFP — lives up to its name. An MFP printer has the ability to copy, print, scan, fax, and perform other tasks. Older copiers may come with the ability to print in color or only black and white. With a multifunction device, it’s commonplace to have one machine to handle both modes. Depending on the unit you purchase, both can have the capability to produce high quality printed materials when desired.

Copiers sometimes print faster than multifunction printers, though you’ll be hard-pressed to notice a difference with short runs. If you’re making a thousand copies of one document, the copier may edge out the multifunction device when it comes to speed. But for most people who need a few copies or even a couple dozen when they print, the difference in time savings is negligible.

When they first came out, some multifunction printers were cumbersome and difficult to use when switching between various modes, such as print and scan. Over the years, multifunction printers have become much more user-friendly. While copiers have a variety of buttons and settings that can turn any simple copy into a daunting task, modern multifunction printers are built with the user experience in mind, and a copy can be made with a single press of a button.

With the variety of tasks a multifunction printer can handle, people have increasingly steered away from standard copiers in favor of these devices. Many office workers rely on MFPs to scan printed documents and email them right to their inboxes so they have digital PDF versions that they can keep on file. Copiers are better suited for long, heavy-duty print jobs where hundreds or even thousands of copies are needed at a time. Today, however, finding a machine that truly only does make copies — not print, scan, email, etc. — is very difficult. With the move toward digital documentation, green initiatives and efforts to minimize paper use (and associated costs), the multifunction printer is becoming the norm.

The price difference between a black-and-white copier and multifunction printer (sometimes called a printer copier) can easily be thousands of dollars because the multifunction devices offer superior functionality. There are price differences within each of these categories, too. Some of the best office printers aren’t necessarily the most expensive, though. Whichever you choose, you’ll likely have the option to purchase it outright or enter into a lease agreement to help even out your payments over time. With a multifunction printer, the biggest price difference is based on whether the printer is a color inkjet or color laser printer — with inkjet printers being more expensive to operate per sheet due to the high cost of inkjet printer cartridges.

Like most popular technology, multifunction devices have shrunk in size as their adoption has grown. While the copier is typically thought of as a bulky machine and needing its own room (hence the phrase “copy room”), multifunction laser printers are sometimes small enough to fit on desks and light enough that one person can move the device. With either the multifunction printer or the standard copier, however, the device grows depending on the amount of paper capacity you want.

Once you understand how multifunction printers and standard copiers differ when it comes to their available functions, speed, ease of use, widespread usage, cost and size, you can better determine your needs.

With either device, it’s important to consider the intended use before making any decisions. If you’re going to make a hundred copies a week, an everyday multifunction printer should suit your needs. If those copies need specifications such as a high DPI with high color depth, or you’re making thousands of copies a week, a more advanced production printer is likely more appropriate.

If you’re interested in having a multifunction printer or standalone copier for your business, reach out to the Gordon Flesch Company today for a free, no-obligation consultation. We can help you assess your current and desired print environment and work with you to determine which options are best for you. We’ll also help you determine whether a Managed Print solution makes sense for your company. Not sure what’s all involved? Check out the helpful guide below.

Previous Story
← Making Office Technology More Accessible, One Printer at a Time
Next Story
Building a Business Case for ECM →

These Stories on General Business Technology

Why Managed Print Services is Worth the Extra Investment

Do Printers Have Memory? How to Protect Print Data