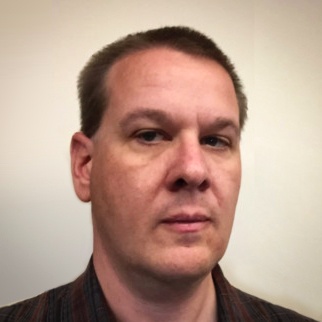 Imagine this scenario: An employee at ABC Company needs to process purchase order documents. He scans the documents, renames them from the scanner’s default names, fills in the metadata fields, creates folders (separate ones for each year, new months and any new customers), then clicks and drags the scanned documents where they belong.

If a user manually creates folders and moves files and folders around in his or her ECM, that user is creating a situation in which the organization and the ECM’s security will be compromised. Why? Because humans are inconsistent and unreliable when it comes to doing the same thing repeatedly over long periods of time.

Robust ECM products have built-in tools that can automatically identify documents; and take over the process of renaming, filing, and filling in data fields for those documents. The process is usually called Workflow in most ECM platforms. In Laserfiche Workflow, rote processes performed by an employee can be replaced with one or more workflows. The tasks listed at the start of this article can be performed by this workflow:

While any technology has the potential to fail, and can be frustrating from time to time, the repository and organization process will be consistent. For example, a purchase order will always be named “Purchase Order [Number] for [Customer],” and it will always be put into the same folder in the repository. If a failure does occur, it’s easy to locate and recover data.

Manual filing by a human, or worse yet by a group of humans, will be inconsistent, and it isn’t as easy to track down what a human did as it is to track down what a computer has done. Also, assigning humans to do a tedious, detail-oriented and repetitive task day in and day out is a waste of valuable resources. People who could be following up with suppliers, seeing to the needs of customers and remaining focused on mission-critical functions are, instead, occupied with data entry.

Here’s another scenario: Big Finance Company had rooms and rooms full of documents, and the company was forced to decide: implement an ECM solution or add a new wing onto their building. They chose to implement Laserfiche and set up a repository. Great! However, they elected to not set up workflows. Their reasoning was that the Laserfiche repository appeared to function similarly to their existing Windows file manager, and their employees seemed to be doing fine manually organizing various forms of data using their current system. Paying a Managed IT provider to set up workflows that would automatically rename and file their documents seemed like a waste of money.

Initially, Big Finance Company had security measures in place so users couldn’t modify or move folders around in the root of the repository, but this proved to be inconvenient. Eventually, all users were given full rights everywhere; then Laserfiche started crashing on a weekly basis.

It happened because users were manually clicking and dragging folders and documents as part of their filing process. Sometimes, they'd unintentionally move a top-level folder containing hundreds of thousands of folders and documents into another folder. All of the processing power of the Laserfiche server was occupied with updating hundreds of thousands of entry records, and the server crashed as a result.

Big Finance Company also has duplicate records, each with slightly different entry names created by different clerks. People were able to see Private Financial Information (PFI) they shouldn’t have access to and, on one occasion, a careless slip on the keyboard's Delete key nearly wiped out everything.

If Big Finance Company had invested the time and money to correctly implement its ECM, it would have blocked users from deleting or moving folders and entries and, instead, allowed only the Workflow process to perform those functions. The clerks could have dropped documents into an Incoming folder with correct metadata (and even that can be automated with Laserfiche Quick Fields), and a set of Workflows would have identified documents and filed them correctly. For an experienced ECM developer, this is a standard setup with few technical challenges.

ECM Done Wrong Could Cause Files to Be Lost Forever

Final scenario: Unable to tolerate the frustration of mountains of paperwork on every table and desk, Big Parts Supply Company cobbled together an ECM to store it all. When folders were accidentally moved around, they didn't experience crashes because a smaller volume of documents were being stored than at Big Finance Company, but after the move to ECM, their customers were furious — orders were being lost with much more frequency than they used to be. Before ECM, someone could figure out which desk a piece of paper might land on. If a customer called about a lost order, someone could sort through people's inboxes until an order was found. Now it seems like one in every 20 orders is lost forever.

After a careful analysis of the documents in their repository and a search by the creation date, Big Parts Supply's ECM provider discovered that one of the clerks was entering data inconsistently. She set some orders aside in a personal folder that was locked down for her use only (because she'd been given extra security rights) and, when she quit, everything she worked on seemed to disappear without a trace.

Again, if workflows had been used to automatically file the documents, this could have been avoided. In fact, Laserfiche Workflows could automate the company’s entire order approval process, rather than the repository being used as a storage bin for scanned paper documents.

Get your users to write down their process. Sit at their sides with a notepad and ask them to show you what they're doing, how they do it and why they do it. For example, you may discover that a user clicks and drags entries into a review folder and then sends an email to a manager with instructions to look it over. After review, he or she then manually moves each entry into a Denied or Approved folder. With each click, the probability of human error increases. Discovering ways in which an ECM is incorrectly implemented provides an opportunity to learn how data moves through your business, and allows you to see how your customers are impacted.

Once all of those “by hand” processes are found and analyzed, go to your ECM analyst or provider with the problem. They’ll work together with you to implement ECM workflows that can address inefficiencies, improve processes, reduce frustrations – and delight more customers!

Previous Story
← Why Enterprise Content Management is a Must for the Healthcare Industry
Next Story
How Much is that Desktop Printer Really Costing You? 4 Factors to Consider →

What is ECM? The Benefits of Enterprise Content Management