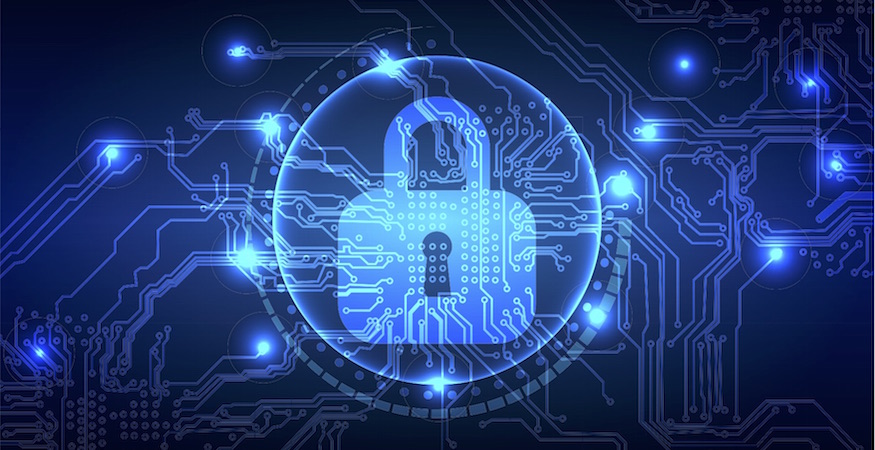 It didn’t seem as though the major cyberattacks of 2017 could be topped, between Equifax, Petya, WannaCry, and more. However, 2018 turned out to be yet another year revealing even more lost data and lost confidence among consumers.

If it wasn’t headlines that spoke of 150 million MyFitnessPal users’ information being accessed by an "unauthorized party," it was the ongoing woes of Facebook and 29 million users’ highly sensitive data being hacked.

In a related note, the Cambridge Analytica scandal revealed that data for millions more Facebook users was made available and used to target ads that some claim may have affected the 2016 Presidential campaign. Other notable data breach revelations included Google, T-mobile, Orbitz, British Airways, Marriott Hotels, Quora, and many more.

Even though it’s the major corporations that make the news, the majority of malware attacks target small and mid-sized businesses, with each successful attack costing them an average of $2.2 million. Beyond keeping your computer network secure, cybersecurity issues can lead to downtime and hurt your bottom line.

It’s vital to make sure your business and its customers are protected against threats ­­– old, new, and ones yet to be discovered – to ensure the safekeeping of your business records and customer information.

As the saying goes, the best offense is a good defense, meaning now, more than ever, computer networks need to be protected with security software. While you could download a free antivirus program for each device, install them individually on each operating system, and teach every employee how to use the program, it would be much easier to choose a robust business antivirus software that can be installed and controlled remotely on a larger scale.

As a bonus, a comprehensive solution will likely be much cheaper on a per-device basis than paying for individual software programs. And, with new threats appearing every day, the best antivirus programs automatically update either daily or even hourly, without employees needing to remember to perform manual updates.

Most offer a free trial, so you can see if it’s the right solution before making the investment. When looking at antivirus software, it’s important to look for programs with anti-malware protection as well as defenses against adware and spyware.

Ideally, your virus detection program would alert you to threats detected by behavioral monitoring as well as the standard techniques. This isn’t all that antivirus software can do for your computer, however. Some of the top antivirus software today includes a password manager, task prioritizing to help your computer work at top speed, and even brightness settings to ease eye strain.

With that in mind, these are my choices for the top business antivirus software solutions in 2019.

Pros: Bitdefender offers several subscription levels for businesses. If you’re looking for something that does more than the average antivirus program, their GravityZone Business Security has all the bells and whistles you’re looking for. With search result scanning (letting you know of an infected link before you click), machine learning, multi-layer ransomware protection, and “rescue mode,” Bitdefender is a solid choice for protecting your digital data. In fact, the infamous ransomware attack, WannaCry, which wreaked havoc all over the world in May 2017, was blocked by GravityZone.

In addition to the expected antivirus tasks, Bitdefender also offers a “work mode” to help you stay focused, battery-saving tools, and protective scans that take place via the cloud to ensure there’s no slow down to your computer.

A star of the program is the Bitdefender Autopilot. This feature makes security decisions without distracting pop-ups and annoying dialog boxes. An upgrade for 2019 is that this feature is now turned on by default. With great cloud-based security defense and bonus performance-boosting features, Bitdefender is a great choice for Mac, Linux, or Windows computers. BitDefender also now offers security for both iOS and Android mobile devices.

Cons: While it does have an installation console and discovers network computers automatically, some have found the setup to be complex which can make it difficult to take advantage of all the features you’re paying for.

Pros: The installer for Webroot is small, meaning installation is super fast, and it will perform a full scan immediately. Instead of using a typical antivirus database as a sole resource for detecting potential threats, Webroot also works to detect behavior patterns when an unknown program launches. It monitors it closely and analyzes it for suspicious algorithms and activity. Webroot is especially effective at detecting phishing scams and warns you when you're on a suspicious site.

In the event something might slip by, it uses a rollback system that can even reverse the effects of some encrypting ransomware. It’s relatively easy to use and won’t slow down systems — a full scan usually takes less than 10 minutes, whereas some enterprise antivirus programs can take hours.

Cons: Double check that your Windows Firewall is enabled, as the firewall protection provided in Webroot relies on the built-in Windows Firewall. While it still scores high, it’s a little hard to compare apples to apples with other antivirus programs because Webroot SecureAnywhere uses unique detection techniques that don’t always equate in side-by-side testing with other platforms.

Pros: With Honda, Allianz, and Canon MJ Group among their list of high-profile customers, ESET is one of the most awarded options for antivirus software. By offering plans for companies with as few as five or over 1,000 employees, ESET Internet Security is sure to have a solution to accommodate your company’s computers, tablets, and mobile devices.

ESET is also one of the best software programs for malware detection, and won’t mistakenly mark safe applications as malware. Finally, ESET software includes a firewall, so in the event that a computer does become infected, you won’t need to automatically reformat or wipe all other devices in the network.

Cons: The buying process and controls of this program can be complicated, so be prepared to set aside extra time to understand them fully. This program also slows down some computers more than other antivirus programs. While its protections against malware are good, its ability to protect against phishing scams needs improvement.

So what’s the best defense against cyberattacks? While these antivirus programs are great, the most important step you can take is educating your employees about what to look for. Be sure to print off our infographic and share it with your team.

Still, you’ll definitely need the added protection of the right antivirus software for your unique business model and system configurations. To make sure your business is completely protected, reach out to Elevity today for a consultation to determine your business security needs.