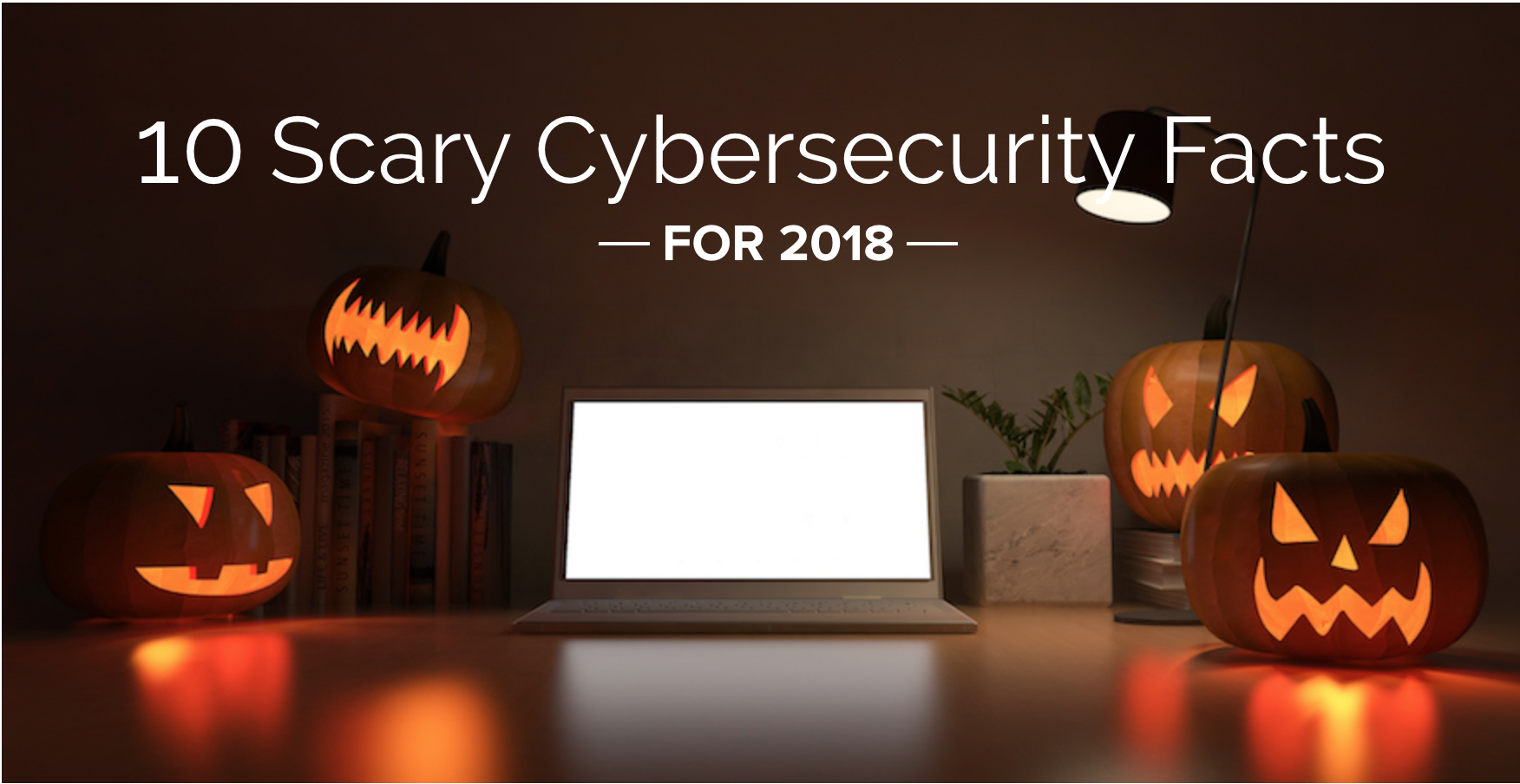 October is the month we associate with things that go bump in the night — that time when children, sometimes disguised as tricksters, go door-to-door. It’s also a time when people acknowledge a different kind of nefarious trickster, often perceived as a shadowy figure who lurks in the Dark Web — a hacker who goes from one computer network to the next in an attempt to steal your data or hold your systems ransom.

October is National Cybersecurity Awareness Month. To better understand the precautions you can take to secure your organization’s networks, it’s important to first know what you’re up against. So we’ve compiled this top 10 list of cybersecurity statistics.

1. 58% of malware attack victims are categorized as small businesses

That's according to the Verizon Data Breach Investigations Report. The big victims are often small businesses that lack the people and resources to mitigate the risks of a cyberattack.

Here's the source for this scary number. Despite major corporate data breaches making the headlines, it’s often smaller enterprises that are targeted the most.

3. 87% of compromises took minutes for hackers to access systems, yet 68% of breaches took months to be discovered

Another factoid from the Verizon Data Breach Investigations Report. Today’s cybercriminals often fly in under the radar and can lurk inside systems for months retrieving sensitive data. It’s important to know the signs your computer’s been hacked.

Here's the source for this one. Unlike traditional attacks that install malware files on a user's computer and are more likely to draw attention, fileless attacks use legitimate applications or an operating system to access systems, so antivirus tools can sometimes miss them. Check out our whitepaper on fileless malware to learn more about this insidious type of attack.

That's according to Verizon. Hackers will seek out the path of least resistance. Since every business uses email, it’s often the easiest way to access systems.

6. On average, each user at a small business (fewer than 250 employees) receives nine malicious emails per month

It's true, according to Symantec. Email phishing scams are increasingly deceptive and can appear to be legitimate. It only takes one click from an unsuspecting user to compromise an entire network.

7. A successful attack costs an organization on average $301 per employee — or over $5 million for a large organization

This comes from the Ponemon Institute's State of Endpoint Security Risk Report. The costs of downtime and disruptions to business operations can add up. What is often immeasurable is the damage caused from a tarnished brand reputation and diminished customer loyalty.

8. The number of records compromised in the first half of 2018 surpassed the total number of breached records for all of 2017, which had already grown by a dramatic 88% over the year prior

That's according to Gemalto. The amount of digital data being generated is compounding exponentially each year, so it stands to reason that the number of compromised records has grown in tandem.

9. 42% of enterprises breached this year had been breached in the past

Here's the source for this frightening percentage. Despite facing with the consequences of a previous cybersecurity event, many businesses are not adequately securing their systems.

10. 77% of IT professionals surveyed said their organizations do not have a formal cybersecurity incident response plan

That's according to a survey from TekMonks. A cyberattack may be the largest threat your organization faces. It’s critical for enterprises to establish a strategy for mitigating the risks and to outline a business continuity plan to address this rising threat.

Even if you’re a small business with a limited budget, you can achieve enterprise-level security by working with a Managed IT provider like Elevity. We leverage the latest cybersecurity technology to monitor your systems 24/7, and have highly trained experts who perform a full security sweep of your network and devices to identify threats and weaknesses.

We can develop a tailored IT roadmap to secure your systems and empower you and your employees to mitigate the risks of a security breach. Contact us for an assessment and to learn more.