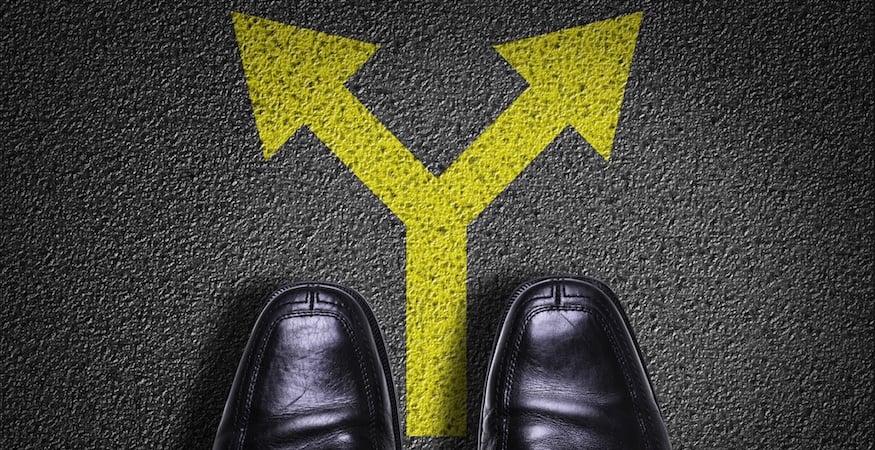 Is a Mac or PC Right for Your Business? Weigh the Pros and Cons

If you go into almost any coffee shop with a Windows-based laptop today, be prepared to feel like a penguin hiding out in the flamingo display at the zoo. It often seems like the Mac laptop is now standard-issue equipment for students and young professionals today.

But if you look at market share, Macs still account for less than 10% of the personal computers sold, and the business world is largely owned by Lenovo, Dell and other Windows computer makers. So, it’s easy to wonder, “Which computer is right for our business? Mac or PC?”

The war between Mac and Windows devotees has been raging for decades, but we’re going to warn you right now, there is no one right answer. The fact is that Macs will make sense for some needs, while PCs will be the right answer for other types of work. It’s all a matter of how you and your employees will use their computers or laptops.

What’s It Going to Cost?

First, let’s address the main distinction, which is the perception that Mac hardware costs too much. Mac users justify the price tag by noting that Apple support is more rigorous, the hardware is more durable, and the Apple ecosystem offers better applications. However, it’s important to note that Mac hardware often has limitations. Macs don’t always support hardware or adapter ports that aren’t sanctioned by Apple, meaning performance is sometimes hampered and it becomes impossible to connect to some devices.

With a PC, you can install a new graphics card, increase your hard drive, or replace hardware that’s stopped working, while Mac users have to pay more and can only choose from a limited number of options.

Who Has Better Software?

The Windows store today has roughly 700,000 applications available. The Apple App Store has millions of apps, but most of these are for mobile devices, and it has nowhere near as many applications for its computers and laptops. If you like to use freeware applications, Download.com has over 55,000 programs that are compatible with PC, and just under 5,000 for Mac.

In the past, it was easy to pick a Mac or PC based on the type of software you needed. Business productivity tools were the domain of Windows operating systems, while editing, photo and other creative-centric apps were clearly a Mac world. The software has also become a smaller issue as many people no longer load software onto their computers but, rather, maintain subscriptions for software they can access via the Cloud. While many people still swear by Macs or PCs to accomplish their work functions, the differences are often very slight.

Macs are clearly much less flexible than a Windows PC, since Windows PCs let you upgrade whenever you like. Plus, Windows can run everything from the latest games to ancient DOS-based software that’s still haunting many corporate back offices. However, that flexibility comes with a steep cost — much higher maintenance and more susceptibility to viruses.

In addition, Apple offers just a handful of computer styles with a limited choice of configurations, while PCs come in a limitless number of configurations. Flexible hardware means that you can create a system that’s ideal for your specific needs. Machines can be built for gamers, video editors, architects, designers, photo editors and more. Special components can be installed on your PC, which means you won’t be wasting money for features you’ll never use.

Which One is Safer to Use?

The claim that Macs have no viruses is simply not true anymore. However, the number of Mac-based viruses is still very small, and most Mac users get by just fine without any additional antivirus protection, (something we don’t recommend, though). Windows, on the other hand, is a breeding ground for new viruses, and hackers are continually exploiting the operating system’s vulnerabilities. Windows users must have up-to-date anti-virus software, the latest driver updates and security patches in order to fend off the never-ending stream of malware attacks.

How Much Power Do You Need?

The standard model Macs tend to offer less memory and hard drive space than a PC, so you need to look closely at the specifications if you’re a power user. If you don’t fall into that category, PCs are often the choice for basic computing functions, such as word processing and web surfing, while creative professionals who perform video editing and graphic design often rely heavily on Apple’s rendering capabilities.

The PC will likely always be a gamer’s paradise. Users can even stream games from Xbox One and PlayStation 4, and the number of titles available on a PC simply eclipses the Mac. If gaming is more than just fun and games in your house, the PC wins hands-down.

So, Which One Is It?

Many people describe the choice as the difference between manual or automatic controls for a car. Do you like the hands-on control of a PC, or the fine-tuned but reliable Mac? For some, the Mac versus PC debate used to be about shiny and cool versus boring and stodgy, but that’s not the case anymore. The fact is, PCs now have stylish features, and machines like the Microsoft Surface were the first laptop/tablet hybrids — something Apple still resists embracing. In the end, the PC or Mac debate might just be a matter of personal preference. Whatever you decide, the Gordon Flesch Company can help you make the best choice for your organization and your individual users’ needs. Talk to us today for a complimentary consultation and estimate so you can make a smart investment decision about your next computer purchase or lease.