Always On: The Rise of Cloud Computing 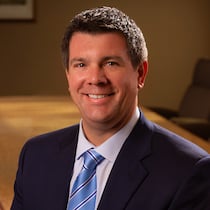 The cloud market is expanding. Public clouds are yielding ground to private and hybrid alternatives, while niche startups are discovering ways to advance cloud storage, security and access. For many companies, however, the current cloud landscape is both convoluted and confusing — what's really happening, how did we get here, and what does the future hold? Make sense of the market with a quick look at the rise — and future — of cloud computing.

Cloud computing is often considered a post Dot-Com fallout solution, but its roots trace back much further, all the way to the mid-1960s and mainframe computing. Here, “dummy” terminals were linked to a central server that completed all processing tasks at a high rate of speed. Swap wired connections for Wi-Fi, dummy terminals for more-powerful smartphones and desktop PCs, and you've got a solid outline of today's cloud computing environments.

As noted by Cloud Tweaks, modern cloud computing took off after the Dot-Com bubble burst in the early 2000s. Massive datacenters and rapidly expanding Internet companies had crashed and burned, and providers were looking for a new way to deliver and store data. Out of the ruins of Dot-Com empires came companies like Amazon and Amazon Web Servics (AWS), followed by tools like EUCALYPTUS and open-source organizations such as OpenStack. Now, even government agencies are moving to the cloud.

With cloud technology now mature enough to handle secure government workloads and meet the compliance standards of industries such as health care and finance, the market is enjoying a period of unprecedented growth. According to Mashable, this also means market diversity. For example, 60 percent of companies now use the cloud for IT-related operations, with 82 percent saving money, thanks to the cloud. Hybrid and private cloud growth, meanwhile, are also experiencing significant gains with 56 percent of new workloads expected in one of these two environments. What's more, 82 percent of companies now opt for a multiple-cloud strategy that allows them to get the features and services they need from separate providers, rather than paying for an all-in-one offering that doesn't live up to expectations.

When it comes to spending, it's predicted that companies will spend more than $20 billion on cloud infrastructure and platforms this year, up from just $15 billion last year. Plus, in just three years, cloud spending will rise to more than 10 percent of total enterprise IT budgets — up from just over 6 percent this year. Meanwhile, big providers are locked in a “race to zero” to see who can offer the lowest price for reliable compute services. Bottom line? Public clouds are mature, viable and cost-effective. Private and hybrid clouds, meanwhile, are emerging as strategic investments to help companies maximize IT spend and create the ideal cloud environment.

The Cloud is the Future!

With clouds already the de-facto standard for many enterprise operations, what's the next step in the rise of this tech segment? Two answers come to mind: increased security and the Internet of Things (IoT). As noted by CIO, companies like Microsoft are now rolling out the idea of bring your own key (BYOK), which would see companies and employees responsible for managing their access keys to cloud data, keys that would never be stored or seen by a cloud provider. The big benefit? Total security — even if they wanted to, cloud providers couldn't give your data away. The drawback? Lose your keys and they're gone forever.

The IoT, meanwhile, promises a future of always-connected devices that deliver an endless stream of usable data to company servers. There's massive potential here for real-time decision making and predictive insights, but security may be IoT's Achilles Heel: Managing these devices will take time, effort and tools able to match the speed of data.

Cloud computing isn't new to market but over the last 10 years has enjoyed a steep and steady rise. Current conditions revolve around price, with companies focused on leveraging multiple clouds to maximize ROI. Going forward, expect connected devices and robust security to dominate the cloud landscape.